Lest We Forget.... Or Perhaps We Do 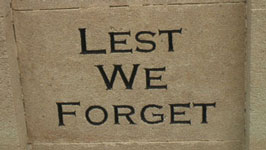 SUPPORT WEST INDIAN ASSOCIATION OF SERVICE PERSONNEL £1.4 MILLION CAPTIAL BUILDING PROGRAMME
I was invited to attend in Clapham the Remembrance Sunday memorial service and function organised by the West Indian Association of Service Personnel (formerly West Indian Ex-Servicemen and Women’s Association UK). I was impressed and felt honoured by their efforts and energy in reminding us of the contribution of not only people from the Caribbean but also from Africa, and the Commonwealth who volunteered, fought and died for the ‘Mother Country’.

Although, I was against the War in Iraq and question the impact of our involvement in Afghanistan, I still have the utmost respect for those young men and women who are committed 100% in serving our country. We are lucky to learn about the heroics and courage of Johnson Beharry in Iraq who received the Victoria Cross 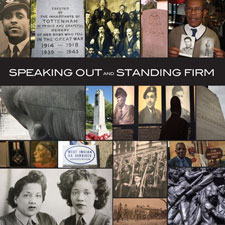 However, there are thousands of stories of black women and men who also serve the country day in day out without acknowledgment since the Battle of Waterloo.

I was very lucky to befriend over several years in Hackney the late Eddie Noble who wrote the ‘Jamaican Airman’ the first major biographical account of a black service man’s wartime experiences and the ‘colour bar’ in 1950s. This inspired to make the documentary ‘A Charmed Life’ back in 2008 about Eddie and the other ex-service men and women.

At the memorial event, I learnt of the work of the association in bringing to light the unmarked graves of the British West Indies Regiment along with Canadian, British and Irish during the World War 1 at Seaford in East Sussex. Between October 1915 and March 1916 Seaford was a training camp for West Indian men, with the first group of 750 arriving on 4th October 1915. The association received funding support from the Greater London Authority and others to rededicate memorial plaques of 197 West Indian soldiers buried at Seaford. The plaques are displayed proudly in their building for all to see.

The association was set up to recognise the military service of Caribbean people and to help care for veterans. During the two World Wars tens of thousands served in British forces, while at home their children made financial sacrifices to help the war effort. Although, the association is based in Lambeth it is also a national and international resource for ex service men and women and the community at large.

The association offers advice and support for African, Caribbean ex-servicemen, women and their dependents. They also provide advice about benefits, pensions, welfare rights, and social housing is also available. The association also offers counselling services and a lunch club for the elderly and disabled members of the community providing an opportunity to socialise. In addition; they provide transportation to and from the centre.

WIASP are undertaking a major fund raising programme to raise £1.4 million to acquire the building from Lambeth Council(It’s a pity that local authorities have stopped the principle of giving long leases and notional properties values to community organisations) and undertaking a major refurbishment building along with developing training and local resources for local people.

Also they are raising an additional £80,000 for a memorial statue in Windrush Square.

The association needs support from the community to help them in their endeavours. How often do we complain that we do not own our community buildings? Well! This is an ideal opportunity to either gift aid or make a straight donation and to support the work of this organisation.

As we approach the centenary of World War 1 we need to ensure that we support organisations like the West Indian Association of Service Personnel not only in providing donations, but also learn and share the stories, hopes and aspirations of this generation which laid the back bone and foundation of Black Britain.

Please contact the association below and help in any way you can.