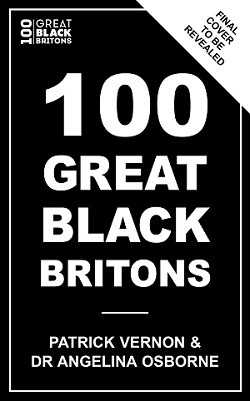 Little, Brown imprint Robinson will publish Patrick Vernon and Dr Angeline Osborne’s book 100 Great Black Britons to coincide with the announcement of the new list in 2020.

Vernon’s first campaign in 2003 was a major media movement to focus on the role of black people in British history. Originally a response to another BBC poll of 100 great Britons, in which Freddie Mercury was the only person of colour, the list saw black historical figures being added to the school curriculum and blue plaques put up in their memory. A statue of the poll's winner, Mary Seacole, was eventually unveiled in the garden of St Thomas’ Hospital.

“In the wake of the Windrush Scandal and against the backdrop of Brexit, the rise of right-wing populism and the continuing inequality faced by black communities across the UK,” Vernon and Osborne, an independent researcher and heritage consultant, are reviving the project. Anyone can nominate a person to be featured on the 100 Great Black Britons website. The results will then be revealed when the book is published on 24th September 2020.

Proudfoot added: “We are very excited to be working with Patrick and Angelina on a 100 Great Black Britons book. Patrick has been campaigning tirelessly for years for recognition of the extraordinary achievements and contributions of key figures of African and Caribbean descent to British life. The need for this acknowledgement is as if not more acute now in the wake of the Windrush Scandal and the rise of the populist right as it was back in 2003, when Patrick first launched his campaign. This will be an important and long-overdue book."