An epic film - shot in Britain, Africa, the Caribbean and America - which follows the first ever descendants of African slaves as they 'return' to Africa armed with the science that will finally enable them to rediscover their lost African roots.  The programme was first televised on BBC2 February 14th 2003
The ancestors of British African Caribbean were deprived of their history as well as their freedom when they were packed into slave ships and transported over the Atlantic to the plantations of the Caribbean. Now, for the first time, ground-breaking genetic analysis makes it possible for some to discover just from which part of Africa their ancestors came.

Motherland: A Genetic Journey is the exclusive inside story of this pioneering project - an exciting partnership of science, history and people. By analysing genetic markers on samples taken from 230 men and women from Britain’s African Caribbean community, scientists in Britain and America are able for the first time to identify the geographic origins of the participants’ maternal ­ and in the case of men, paternal - ancestors.

The film follows the emotional journeys of three members of the group as they investigate their ancestry.

Mark, a music industry PR from South London travels to Niger, the second poorest country in the world, to meet the Kanuri people and reclaim a Kanuri name.
Beaula, a youth worker from Bristol, discovers that her ancestry lies in the tiny island of Bioko, Equatorial Guinea. In an historic meeting 4,000 miles from home, she meets living African relatives.
In contrast, Jacqueline, a Peterborough schoolteacher, explores her roots in Jamaica and discovers that a significant proportion of her ancestry is European.

Motherland: A Genetic Journey has also commissioned an ancestral genetic analysis on hundreds of volunteers which will reveal, for the first time, the genetic impact of the transatlantic slave trade on British African Caribbean. 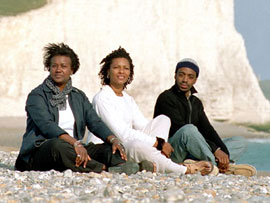 For the first time since the enslavement of their African ancestors and the eradication of their ethnic identities, advances in DNA analysis have now made it possible for individuals to discover from which African region or population group their families originated.

In an historic first, a Bristol woman who took part in the study was even able to track down African relatives living on a tiny island off the coast of Cameroon.

The vast majority of the UK’s African-Caribbean community are descended from the millions of Africans taken from their families and homes to work as slaves on the Caribbean sugar plantations. The study, the most comprehensive attempt so far to investigate the specific roots of the descendants of slaves, took anonymous DNA samples via a buccal swab from 229 volunteers (109 men and 120 women). The only criterion for all volunteers was that they had four African-Caribbean grandparents.
As well as individual ancestral profiles, the Motherland study also quantifies, for the first time, one of the most sensitive genetic legacies of the Transatlantic slave trade; the extent to which African slaves were made pregnant by European slave-owners.
Today, the study reveals, more than one in four British African-Caribbean have white male ancestry on their direct fatherline.
Analysis showed that 27% of British African-Caribbean men have a Y chromosome (passed directly from father to son) that traces back to Europe not Africa. In sharp contrast only around 2% of British African-Caribbean have mitochondrial DNA that traces to Europe, rather than Africa, on their motherline (passed from mother to child).
Dr Mark Jobling (The University of Leicester) who analysed the Y chromosome said of his findings: “[Slavery] was a power relationship between two populations and in that power relationship it was European men who were having sex with African women.”
Dr Mark Jobling (Department of Genetics, The University of Leicester); Dr Peter Forster (The McDonald Institute for Archaeological Research, Cambridge University); and Dr Mark Shriver (Department of Anthropological Genomics, Penn State University) respectively analysed the Y chromosome, mitochondrial DNA and autosomal DNA.

The autosomal study, investigating DNA inherited from all an individual’s ancestors, demonstrated that on average, more than one in seven (13%) ancestors of today’s Black Britons of Caribbean descent would be of European origin.
As part of his analysis Dr Mark Shriver (Penn State University) also examined the link between ancestry and pigmentation. He concludes that although African ancestry can be a rough guide to how light or dark a person is, appearances can be deceptive. After in-depth research into his own origins, he discovered that although he looks like a white North-American, he is, in fact, 25% African.

The Motherland project had two ambitious objectives”, comments Baron, “firstly and monumentally, to see what genetics could finally reveal about the ancestry of British African Caribbean’s. Secondly, to see whether genetics could reconnect individuals to contemporary population groups. The results of the three year project were more than we could have hoped for. Armed by science, people have for the first time reconnected themselves to their lost ancestry in ways that, 25 years ago, Alex Haley, author of Roots, could scarcely have imagined would ever be possible.”

The use of DNA technology is important for all nationalities and races but in the context of how we define race as opposed to nation hood we still are living in a world defined by the colour of our skin and not our culture, heritage, language and our historical contribution to world history and civilisation.
To have a greater understanding of any DNA results we need to look at the following historical evidence and sources below to gain a holistic picture and perspective.
History of Race and Sex Intermixing
Motherland results and other future DNA results will identify a combination of Y chromosome and mitochondria DNA with a European ancestry, although this will probably range from 2% to a possible 25%, the issue we need to ask ourselves is what is European ancestry? And could European ancestry already have African DNA prior to slavery?

The historian and Journalist Joel Augustus Rogers firmly held this view.He spent over fifty years of his life writing the history of race and sex and black achievement from the Greek and Roman period up to the 20th Century.

His three volume books Race and Sex provides a comprehensive history which provides a useful context in understanding DNA and what is European, African, Chinese and Indian ancestry. Research undertaken by genetics and anthropologists support the evidence of African people being the first people on the earth and have earliest form of civilisation. 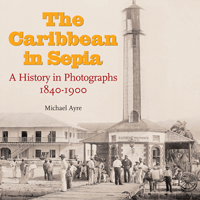